SOURCE: http://www.abs-cbnnews.com/
Note: Words in italic are just my side comments. 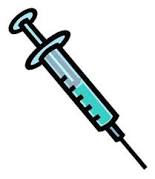 I was surfing the net when I heard this news from ABS-CBN. Whenever there's something in the television that concerns my profession,  I'm all ears! For further info, I immediately asked mr. google about this so-called “volunteerism-for-a-fee.” I copied the whole article and posted it below:

MANILA, Philippines - A glut of registered nurses and nursing graduates in the country has led to their exploitation by some hospitals, which require them to pay to be allowed to do “volunteer work.”
At a hearing of the Senate health and labor committees, nursing organizations confirmed new nurses are forced to resort to “volunteerism-for-a-fee” just so they could rack up experience needed for future employment here or abroad.

(I thought it will be forever ignored here in the Philippines. Hundreds of REGISTERED NURSES are FORCED to do volunteer work while paying the hospital they are serving. How pathetic are we? I know... We know. Why is it even called VOLUNTEER WORK if we are FORCED; if it is what this cruel society dictates us to do?)

“These hospitals have found a way of going around this volunteerism-for-a-fee, kasi naman unethical talaga,” she said.

However, Barcelo also admitted no one wants to file a formal complaint or testify against unscrupulous hospitals or health care facilities since the volunteer nurse also benefits by way of getting an employment certificate.

(...benefits by way of getting an employment certificate??? Wow. FYI: Volunteer work isn't even recognized/credited as work experience. Some companies/hospitals specifically put that on their ads.)

Alvin Dakis of the Association of Young Nurse Leaders and Advocates International said: “We keep telling our nurses to stop doing this because it’s illegal.”

Philippine Hospitals Association (PHA) vice president Dr. Hermogenes Jarin said it was the first time he had heard of the practice of “volunteerism-for-a-fee." He agreed it should not be condoned.

However, he confirmed that some PHA members indeed charge fees for training programs for new nurses, a practice allowed by both the Commission on Higher Education (CHED) and the Professional Regulation Commission.

“I’m not denying that some members are making money (on the training programs) but not all are rotten apples,” Jarin said.

“Nobody is twisting anybody’s arm to participate in these programs.”

Upon the suggestion of Sen. Antonio Trillanes, who was attending his first legislative hearing since being released, Jarin promised to call on PHA members to discontinue the practice of collecting fees from new nurses in exchange for short-term work.

(I wish this would happen the fastEST time possible...)

Health committee chair Sen. Pia Cayetano said CHED and the Department of Health should also work closely on the guidelines for these training programs.

“Many are willing victims. Alam nila they are being exploited but they don’t have other options kaya sige lang,” Marcos said. “We should really look very hard on the proposal for a moratorium on (producing) more nurses.” 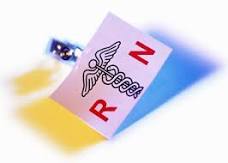 Maybe some of you would say, "bakit kase kayo nagvovolunteer?"

The answer is, "We don't have other options. We are nurses, we want to work as a NURSE---not as a call center agent, not as a massage therapist, or whatsoever..."